In this new mini-series on shoemaking, leading up to the launch of our new line of Goodyear welted shoes, we will introduce you to everything from the classic shoe models, to the different constructions, lasts and bespoke shoemaking. First out is our intro to the classics, where with an array of different shoe models out there, it is not always easy to get our head around the differences between the different models and how they came to be ‘the classics’.
In this quick, easy and illustrated guide we will run you through the basic types of classic men’s shoes, those that are regarded as the classics today and are the starting point and reference guide to most men’s shoes today. That ones that have been our reference point and inspiration when we designed the upcoming new range of Goodyear welted shoes at Stig Percy.

An intro to The Classics

The fact in that what we regard as the classics today, whether bespoke or factory produced today, started out as the result of competition between the European shoemakers between 1880-1889. The bespoke shoemakers of Paris, London, Munich, Vienna and Budapest needed to differentiate themselves and became world-renown for their skills and designs. There are three ways to categorise shoes, primarily by the style of the construction but also be defined by their fastening and thirdly is the presence, or absence, of punched perforations called brogueing (We will return to brogueing later on). According to the Hungarian shoemaker Vass, there are less than a dozen basic classic shoe styles, but limitless of variation when designing individual models.

Bespoke shoemaking is on the uprising again, with new shoemakers making a name for themselves, however, we thought we would mention a few of the most famous bespoke shoemakers. There’s John Lobb, George Cleverley and Crockett & Jones in London, Vass in Hungary, J.M. Weston in Paris, Norman Vilalta in Barcelona and Santoni in Italy. We are huge fans of London based bespoke shoemakers Carré&Ducker, with who our founder has trained, and is still training, with. Bespoke shoes are always handmade and most of the time Goodyear welted, depending on the shoe. But this is a topic that we will return to later on.

According to Lazlo Vass, the Hungarian shoemaker, it was the Irish farmers who were the first to decorate their shoes with patterns of punched holes. This was due to their shoes becoming waterlogged due to the wet grounds on which they worked. They started punching holed on their toecaps and quarters on their heavy leather shoes so that the inside would dry better and faster.
This type of shoes first spread to gamekeepers in England, and later to the aristocratic circles that went hunting with them. And from thereon the brogueing was transferred to thinner leathers and more elegant patterns, and it’s original function forgotten.

So what is brogueing?

Brogueing is referring to a decorative punched hole pattern often seen on Oxford and Derby models. There are full-brogue and semi-brogue, the only difference being that the toe–cap on a full-brogue are winged and straight on a semi-brogue.

The Oxford is considered the most elegant and formal English men’s shoe that came into fashion around 1880. The Oxford is recognised by its closed lacing and is on the original model threaded through five pairs of eyelets and fastened so only the tip of the tongue can be seen. John Lobb is known to have created the prototype for what we consider the modern Oxford, in his studio about 100 years ago.

The Derby has an open lacing and is much easier to get into than an Oxford. The Derby has through history been worn in all of Europe and is often seen in many variations: Plain, Full-Brogue and Semi-Brogue. It is considered an elegant shoe as well, depending on the design, but equally considered a casual shoe.

This model is named due to its resemblance to the sandals worn by monks. The design is recognized by its buckle closure; its two quarters are attached together by one or more buckles.
The Monk is considered both an elegant and a casual shoe.

This ‘family of styles’ includes a variety of designs and models, such as the slipper, the car shoe and the boat shoe as well – we could easily write a chapter on this topic alone. The common sign is that it’s a lighter shoe, often made with softer leather and a thinner sole that you just slip onto your foot without a closure. The loafer itself also has a variety of designs, such as penny loafers with its decorative leather bar laid across the tongue or the tassel loafer with tassels decorating the tongue.

Boots are a wide category of shoes, which deserves an article on its own. However, boots were first and foremost made to protect our feet in harsher weather conditions, but the same materials and techniques are used as when making shoes. Classically, boots are considered casual and not suitable for formal occasions.

As mentioned, these models are considered ‘the classics’, that does not mean you cannot go outside the box and get personal and creative. Consider them as guidelines rather than rules: These models came to be through shoemaker’s creativity, to begin with! We thought we’d give you a sneak peek to what our sketchbook looks like, so we attached a photo of the original sketches of what became our Stig 4 model. Stig 4 is a model that is inspired by a monk strap but re-imagined!

We mentioned in the beginning of this article that we have a line of Goodyear welted shoes coming, both for men and women. The line is due to launch later on this fall. We still like to keep a few secrets on what’s coming, but sign up to our newsletter below and be the first to know! 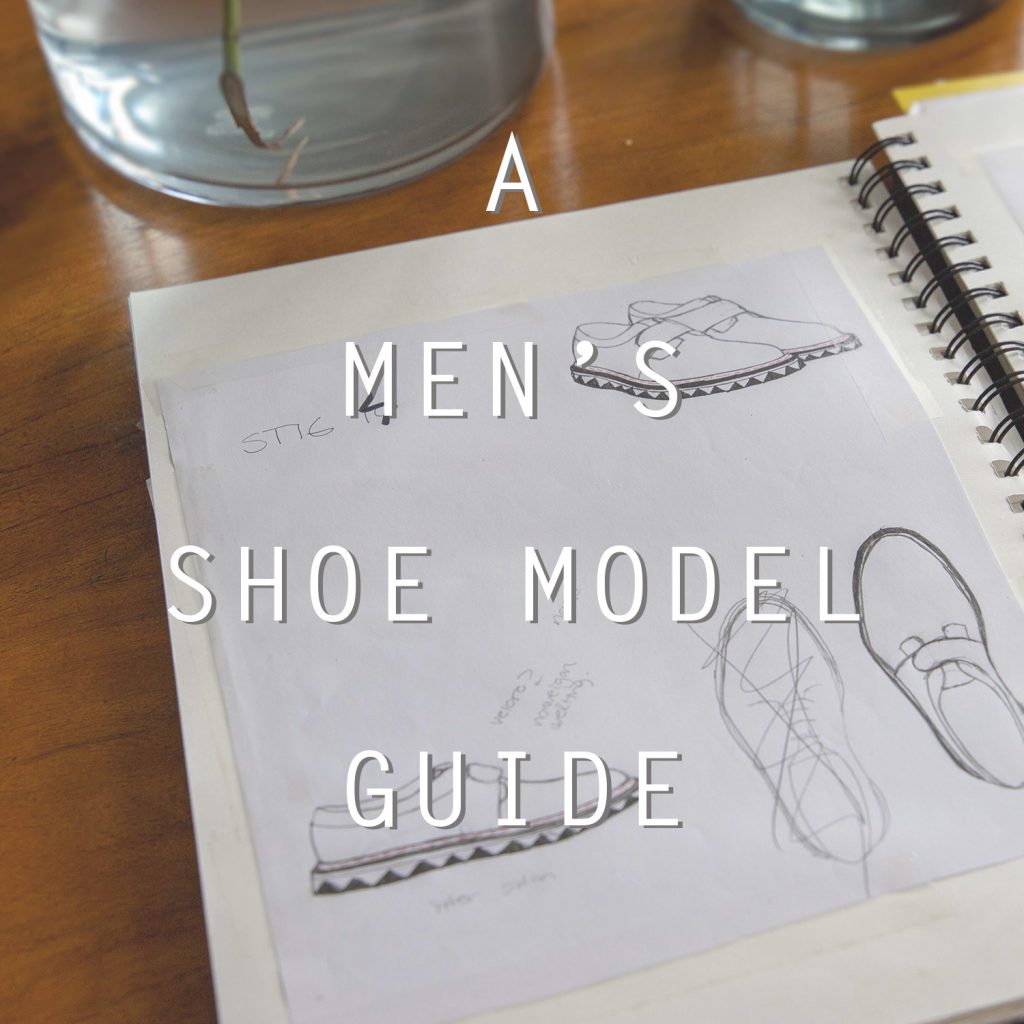